After the international success of Horror and Lebensraum, Jakop Ahlbom Company presents Knock-Out. This physical comedy about greed and stinginess, inspired by the Coen Brothers and Jackie Chan films, is a coproduction with ISH Dance Collective and DeLaMar Theater.

The clumsy and naive Larry and his unhappy wife are kidnapped. His very wealthy father receives a request for ransom – if he pays, the couple will be released. While they are waiting for the ransom, some unwelcome guests arrive at the door. The confusion grows and everyone starts fighting with everyone, in an ultimate attempt to keep the money safe.

In Knock-Out, the physical scenes are tumbling over each other as in a rollercoaster. The performance is filled with spectacular acrobatics and visual effects. All physical limits are stretched in Knock-Out. People are dangling in the air for too long, and they are squashed against a wall after which they continue to fight as if nothing has happened. And then there is also a mysterious cowboy with his guitar. 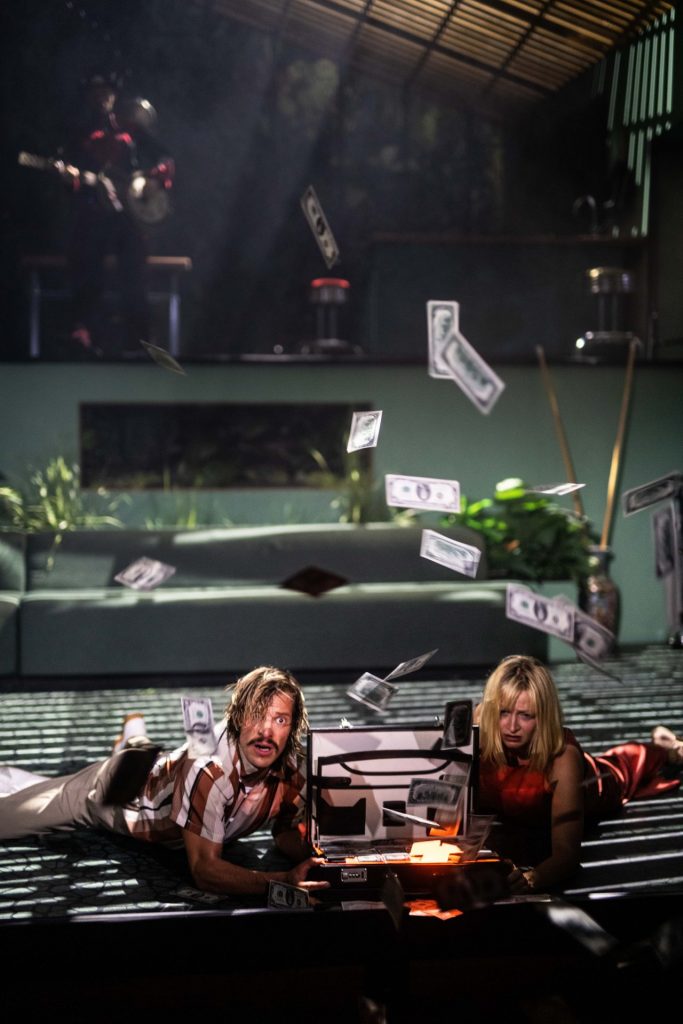